Launch Party! Once Upon a Darkness by Aria Kane 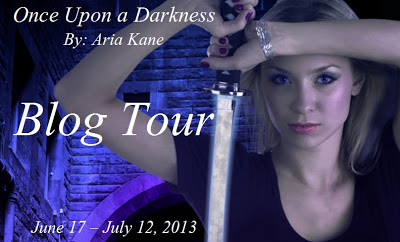 Gretchen and her twin brother, Hank, were abandoned to a zombie horde when they were five years old. Intended to be a sacrifice by their zealot parents, they were instead rescued by The Company. Raised to become soldiers in the war against zombies, they now provide safe passage through danger zones, one contract at a time.

Clint's only skill is war, but he's weary of killing other men. When his contract with the Marines runs out, he takes a job on Gretchen's team, hoping that the search-and-rescue life will suit him better.

On Clint's second day, their four-man team is attacked, drugged, and taken to a prison full of frightened civilians. The only way in or out is by helicopter and, here, their enemies are human. One by one, the captives are culled from the holding area. Rumors say the facility director uses the prisoners as experimental subjects for the testing of a zombie cure.

When Hank is culled, Clint and Gretchen must put aside their personal feelings and find a way out of the prison, surrounded by thousands of starving zombies, before Hank becomes just one more disposable guinea pig in the hands of a twisted mad woman. 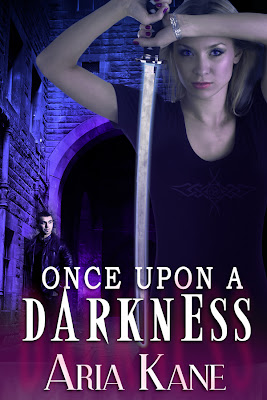 Buy it at Entranced Publishing: Kissed Imprint
Add it to your bookshelf at Goodreads

"Can we try something else?" Clint swung the practice sword in a wide sweep. "I think I got this motion down."

"When you're facing a crowd of zombies, there's no time to think," a woman's voice said behind him.

He spun, sword in hand. She lunged at him. He had enough time to register pale skin and straight white-blonde hair atop a lithe frame before her arms crashed into his shoulders with shocking force. Air rushed painfully from his lungs as his back hit the ground. His sword rattled out of reach. She crouched on top of him, somehow holding him down with not much more than a hundred pounds to her. Eyes the color of ice on an Alaskan glacier stared back at him.

"If I were a zombie, you'd be a three-course meal right now." The woman, who was maybe a few years younger than him, snapped her jaw and laughed.

"Or a new zombie, yourself," another male voice said. Clint looked over her shoulder to find the male version of his attacker standing about twenty feet back from the scene. Next to him, a mountain of a man smirked with amusement. All three of them were nuts.

She shaped her hand like a gun and pressed it to his forehead. "No, I'd kill you before I let that happen." She said it casually, like telling someone lunch was ready.

"Thanks?" Was this some sort of weird initiation?

The woman leapt to her feet and yanked him up after her. She tapped the back of his skull. "When you're attacked, your lizard brain takes over. You have to do something like a sword swing or a roundhouse kick thousands of times so that it becomes instinctual. Hesitation is fatal." She punctuated her words with practiced movements; the swinging of an imaginary sword and a roundhouse kick aimed at the practice target.

"Right." He had known this, of course, but had forgotten it in the absolute boredom of swinging the sword the same way for hours.

The woman stood there with her hands on her hips as if she were waiting for some kind of applause.

He didn't know what else to say that would keep her from jumping him again. Though, now that he got a good look at her, maybe he wouldn't mind another roll in the dirt. She was tall, with long legs bared by khaki shorts. A tiny white tank top stretched over a black sports bra that definitely earned its keep. Lean muscle stretched along the full length of her arms, torso, and legs. Strapped to her legs and waist were weapon holsters of all varieties that - in his mind, at least - only made her sexier.

"What are you, Zombie Slayer Barbie?" 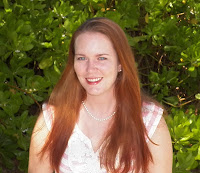 Aria Kane is a recovering mechanical engineer and romance writer. She lives in sunny Florida with a 60 lb mutt who thinks he's a Chihuahua.

To celebrate the release of Once Upon a Darkness, Aria Kane is giving away a Kobo Vox (Android) eReader with a red leather case to one winner (US residents only), and a choice of any Entranced ebook to another winner (international entries welcome).